Sex and Gender Education (SAGE), Australia, was formed in 2001 to campaign for the social and legal rights of sex and/or gender diverse (SGD) people.

Over the years it has successfully lobbied and helped change many laws to give greater human rights and respect for these groups of people, as well as making public comment.

SAGE was started by two people:

Dr Tracie O’Keefe DCH, BHSc, ND, a clinical psychotherapist and sex therapist who specialises in working with SGD groups of people. Tracie is an intersex and trans woman who has been involved in SGD advocacy for several decades.

The co-founder was longtime SGD campaigner and activist Norrie May-Welby who went on to win a case in the High Court of Australia to become the first person in the world to recognised as Sex Non-Specific, neither male nor female.

SAGE is an informal network of people. It is an initiative of O’Keefe & Fox Industries Pty Ltd. 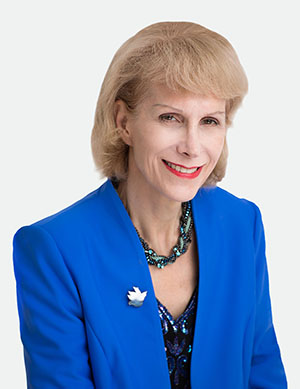 Tracie is an intersex and trans woman who is a clinical hypnotherapist, psychotherapist, sex therapist and naturopath, originally from the UK. She is a member of the Psychotherapy And Counselling Federation of Australia (College of Psychotherapy), Australian Hypnotherapists Association, and Australian Society of Sex Educators, Researchers and Therapists.

She has worked with thousands of people from sex and/or gender diverse groups.  For the past 48 years, since she was a young, trans and intersex teenager, she has been involved in campaigning for the rights of LGB and SGD groups of people, including working with Press for Change in its campaigns for the rights of trans people in the UK.

For more than 25 years Tracie has been in private practice, in London and Sydney, including running her Sex and Gender Identity Clinics, is a passionate researcher, educator and social justice advocate. She has advocated for sex and/or gender diversity not being treated as a psychiatric condition in adults and children.

She is the author of the books Trans-X-U-All: The Naked Difference (XPP, 1997), Sex, Gender & Sexuality: 21st Century Transformations (XPP, 1999), co-editor of Finding the Real Me: True Tales of Sex and Gender Diversity (Jossey Bass, 2003) and co-editor of Trans People in Love (Routledge, 2008) 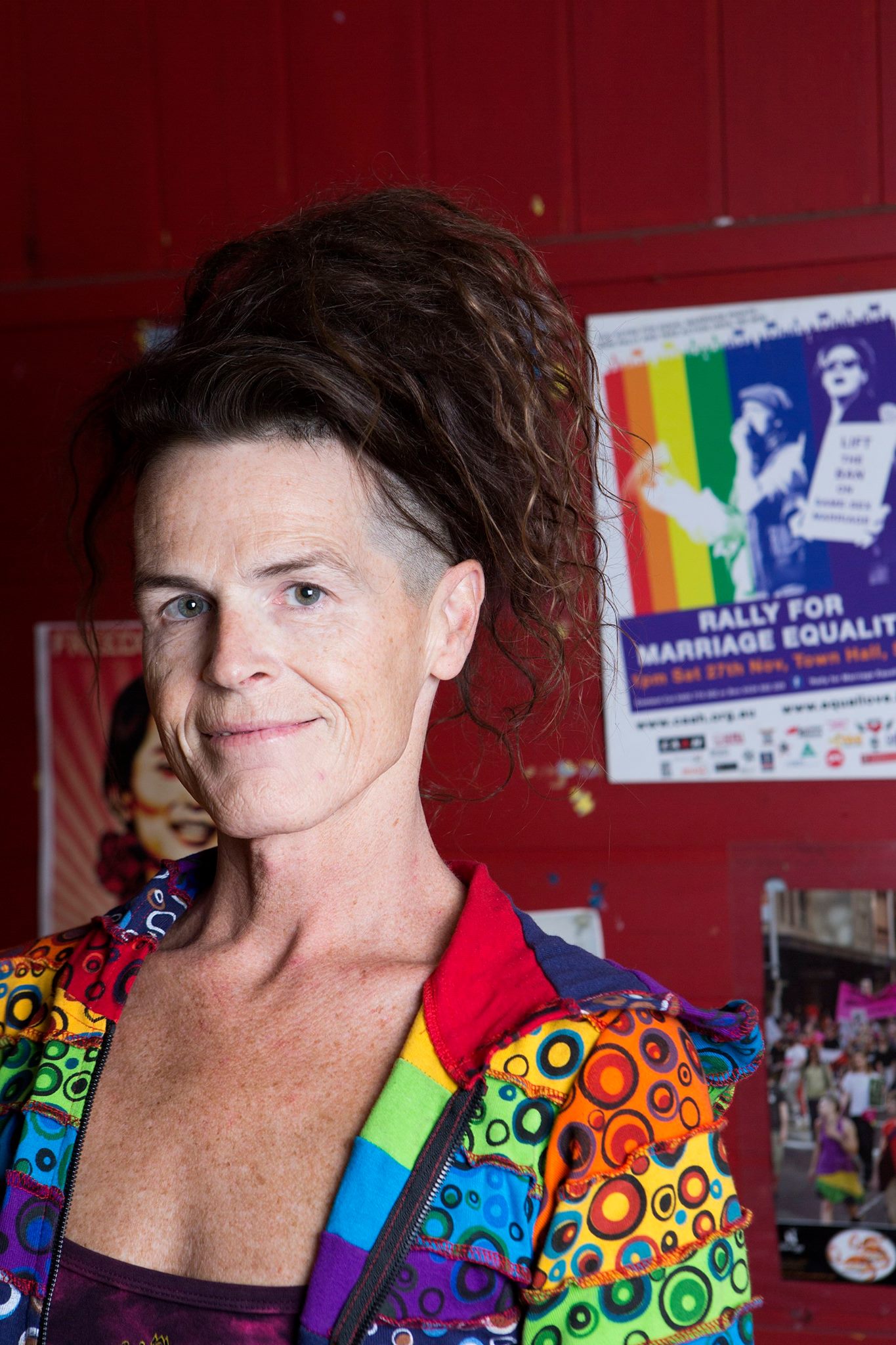 Norrie was born in Scotland in 1961. They were brought with their family to Perth Western Australia in 1969 on a ten pound fare, part of a colonial scheme to “Keep Australia White”, but the sand in Perth looked pretty black to Norrie.

Norrie commenced transsexual hormone treatment in 1985, moved to Sydney in 1988, and had genital realignment surgery there in 1989.

As a modern thinking woman, Norrie began questioning the social norms of gender and sex and their policing, and co-wrote a series on gender/transgender for the Sydney Star Observer in 1991.

Through being exposed to post- modern deconstructionism, learning about the existence of human hermaphrodism through Anne Faust-Sterling’s “Five Sexes”, and digesting Susan Stryker’s “My words to Victor Frankenstein…”, Norrie’s own gender identity shifted somewhat.

Norrie now views their physical body as a beautiful eunuch, their soul as hermaphrodite, their social gender as mostly “woman” and sometimes more or less, and nothing human

Conor is a trans man and transexed identified. He has been actively living in the lesbian-queer community since 1977, been a socialist all his adult life and is currently an active member of the Parramatta West branch of the Socialist Alliance.

Conor was the trans spokesperson for CAAH Community Action Against Homophobia (CAAH), and has been involved in the equal marriage campaign since 2004.

Grace is a post-trans woman with experience in community support and counselling. At present she lives in Queensland. She is an active member of her communities, currently works in IT and won a landmark court case which awarded her a female passport despite being married (prior to surgery) to another woman.

She hopes more people take advantage of this precedent so we can illustrate how unworkable and unfair current discriminatory legislation really is, and push for change and equality.

Grace does public speaking, guest-lecture spots and runs workshops on sex and gender, workplace diversity, GLBTI issues and other stuff. She hopes to study psychology, work for social justice and travel.

She transitioned in 2005, not in quite the normal way, and the medics are split as to whether Zoe is more accurately classified as an intersexed woman with a transsexual past, or a transsexual woman with a unique endocrine system. Zoe prefers to be regarded as a “Woman with a Past”.

Zoe blogs profusely on neuroscience, transsexual human rights, and science in general, and in her spare time, does some amateur research on neurology, intersex conditions, and transsexuality from a cognitive/computational science rather than a psychological/therapeutic viewpoint.

Zoe also gives talks and lectures to medical students, students of gender, diversity counsellors, and anyone else who’s interested, trying to put a human face on the subject.

Stefanie owns her own architectural consulting company and has had a hand in documenting such projects as the Myer Department Store and Coles Building in Pitt St Mall in Sydney, The Family Law Courts of Australia, and a number of hotels, train stations and airport terminals.

Stefanie very nearly transitioned at 21. After many years in denial, she finally did so aged 40, when she gained the strength to be herself, after the horrific events during the week of September 11. Her transition has been very successful with acceptance across the board.

She wrote an essay, “Transitioning on the Job”, which was featured in the Sydney Gender Centre’s Polare Magazine (Edition 68). In 2009 Stefanie won her campaign with the Australian government to the right for trans people to have correct passports and paperwork, reflecting how they present to the world.

Rhiannon’s personal aim is to set in motion processes that will rid Australia of gender controlling structures, to place people on an equal footing so that they are not judged and victimised because of their gender, to get to a state where people will no longer have to suffer with broken lives, broken marriages, internal torment, substance abuse and guilt, just because the way they look, dress and act does not conform to a society-stamped gender standard.

Rhiannon spent most of her life, as is the case with so many people, tormented and self-abusive trying darn hard to fit into a world which had rules she found hard to conform to unless she forced herself to be someone she was not.

She has grown in recent times to become more of who she is and encompass who she really should be and not grab another label off the shelf and run with it.

For a number of years Rhiannon managed the SAGE website. 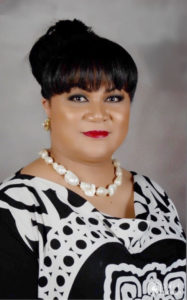 Above all else Katherine Wolfgramme believes in the empowerment of Transgender Women, arriving in Australia in 1974 from Fiji Katherine returned to her country of birth in 1997 and won the right to legally obtain a female name on her birth certificate and passport, a precedence in Fiji.

Katherine will also make a stand when she can see that things are unfair whether it is for marriage equality or a transwoman that has been unfairly treated Katherine will step forward to help facilitate in some way.

In 2017 Katherine successfully took legal action against hotels and clubs using the slang Tranny to cease and desist because it became clear to Katherine the word was weaponised by transphobic people to become a word to debase and vilify young transgender women. Katherine made it very clear the word was not to be used in the LGBTI Community and the Broader Community. Tranny is no longer used in the common vernacular and has been returned to the trans community to do what they wish with it.

Over the years Katherine has raised trans awareness through her public speaking, writing articles and creating events such as the inaugural Sydney TDoR Candlelight Vigil at Taylor Square in 2016 and the first Trans Stories the following year.

Katherine has won and been nominated for several awards including being the recipient of Inspirational Role Model of the Year at the Australian LGBTI Awards and has produced Transgender Day of Remembrance 2019 and 2020.

Katherine is The Ambassador of the Gender Centre, Board Associate of Sydney Gay & Lesbian Mardi Gras Board of Directors and 2020 Daylesford Chillout Festival Ambassador.

Katherine continues to support transgender women and children and is a proud member of the LGBTI Community.