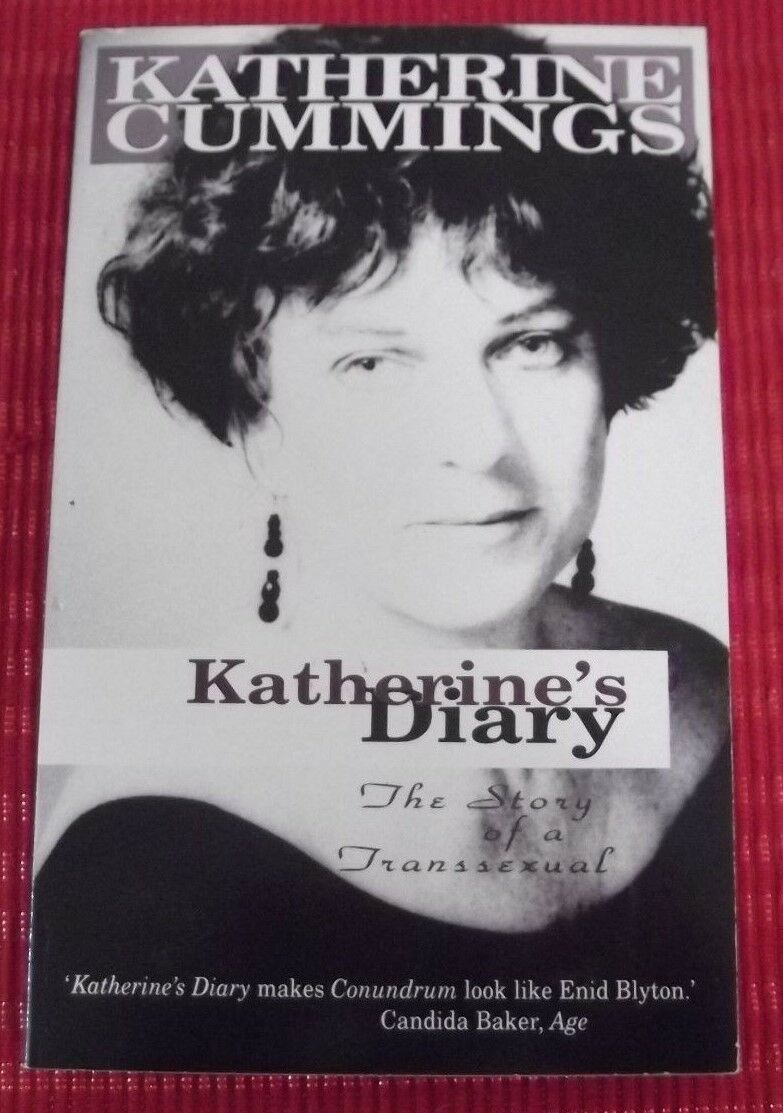 She liked “Katy” because it was a no-nonsense abbreviation and for those of us who knew her, she was a no-innocence sort to girl who voiced her opinions without hesitation. There was no hiding or pretending as the Katy you saw was the Katy you got.

She transitioned to living as female in her early 50’s after having been married and had children as she explained in her award-winning autobiography KATHERINE’S DIARY ~ Katherine Cummings ~ THE STORY OF A TRANSSEXUAL. In those day people used the term transsexual but she later referred to herself as transgender. 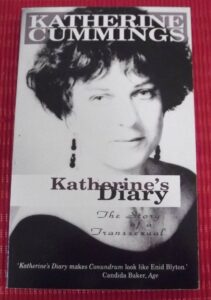 She was an early member of the American Virginia Prince’s organisation called Transvestia in the 1960’s, that discussed trans concerns. It printed a magazine that was actually illegal to send through the American post. Katy, however, worked out how to get copies sent to Australia and devoured them when they arrived. She talked about having a split life between who she was expected to be as a husband, farther and respected professional and who she thought she was.

She was one of the most unpretentious people I have ever met, highly intelligent, educated and an accomplish well-respected librarian. In a time that was still shrouded in social trans shame she spoke candidly about her personal experiencing of transitioning in her book.

In the early 2000’s she helped us when we started Sex and Gender Education (SAGE(Australia) to fight for the rights and dignity of sex and gender diverse people. At times we meet at her house where she often offered a place for trans people in need so yes their was a very soft side to Katy.

And she loved sailing all of her life. Katy and a sail and water were the best of friends. In fact, the last time I went to her house she had three sail boats in the bay and was trying to decide in which one she wanted to take us out into the bay.

Later she worked at the Gender Centre in Sydney and edited their magazine Polara using her academic skill to put it together. What people don’t know about Katy was that she was a profuse letter writer and always penning an onion to parliamentarians with advice on how to make things better for trans people and probably what their failing were.

As I write this, I am half expecting katy’s voice in my ear correcting the spelling, grammar and punctation. That was Katy always trying to do what was right. She disapproved of injustice and was prepared to stand up and be counted unafraid of being unpopular because of her opinions.
I shall remember her as brave, a proactive campaigner for trans rights and a jolly good sort. I hope they have sailing boats in heaven because if they haven’t she’ll be writing them a letter.