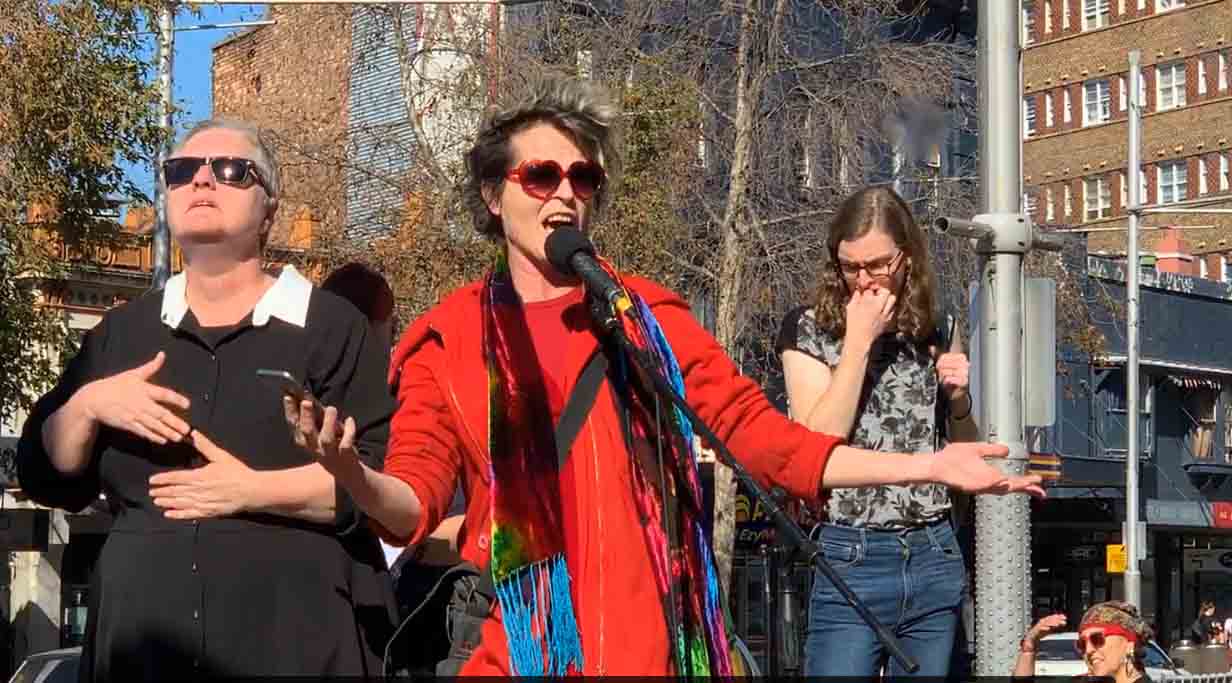 Renowned activist and SAGE co-founder Norrie May-Welby gave a talk at the recent protest in Sydney against the proposed Religious Freedom Bill which gives religious groups the right to discriminate against and spout hate speech against LGBTIQ and SGD groups of people.

Norrie, who is registered legally in Australia as having no sex, is also a practising and devout Christian with the South Sydney Uniting Church.

You can watch the video here (includes sub-titles]:

After the talks, Norrie and SAGE’s other co-founder Tracie O’Keefe and her wife Katrina Fox, SAGE’s media liaision, joined the large crowd in a march down Oxford Street to Hyde Park.