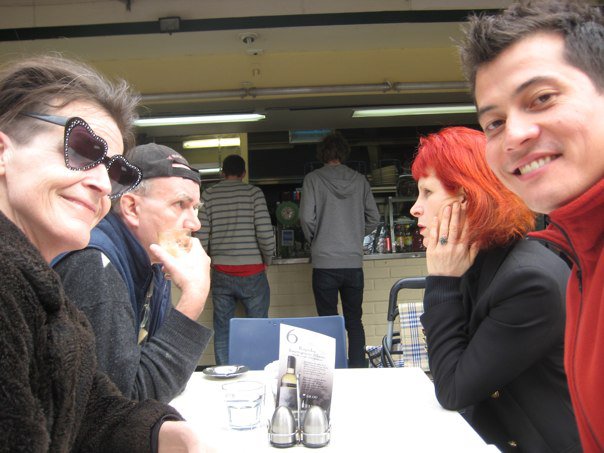 Aidy Griffin, strategic driver of law reform and social inclusion of sex and gender diverse people, passed away in a hospice on Thursday 7 October 2021, at the age of 67. Aidy worked with others and then local state MP Clover Moore in the mid-nineties to draft the first transgender recognition and anti-discrimination bill in the western world. That bill lapsed when parliament rose for the next election, but the cause was taken up again to the government by Aidy and other activists, and it passed the Transgender (Anti-Discrimination and Other Acts Amendment) Act of 1996 (NSW). This is the Act that made possible the later ruling in the High Court recognising non-binary sex (NSW Registrar of Births, Deaths and Marriages v Norrie [2014].

I first met Aidy at an early meeting of the Transgender Liberation Coalition (aka Transgender Lobby Coalition) in the early 1990s, when they gave me advice about finding a doctor who supported non-binary choices with regard to hormone therapy. Aidy was studying at UTS, which was hosting Queer Collaborations, so they invited me along to co-present some workshops on sex and gender. Aidy gave an academic dissection, and I did a little song and dance, show and tell. Everything I know about Foucault and post-modern deconstruction I learned second hand from Aidy.

Aidy was fiercely intelligent, and spoke in a very quiet Irish voice. They were very street smart and politically savvy, and taught me a lot.

At Aidy’s instigation, the two of us took a proposal to the Sydney Star Observer for a regular column on gender and transgender issues, and this became Gender Agenda. We were hosted by Philip Adams on the panel of his ABC Radio National Late Show Live, along with Avant Garde drag artiste Cindy Pastel and American feminist academic Jane Gallop. When Philip asked about their gender journey, Aidy replied,“ I took a taxi here”.

We took every opportunity to get in front of cameras and microphones to challenge gender norms and inspire social inclusion, and you can see and hear Aidy starring in the docu-drama Sexing the Label, sitting on Gilligan’s Island (corner Oxford and Flinders Street) as the 1996 Mardi Gras parade speeds by in fast motion.

A nightclub in Kings Cross that was part of Abe Saffron’s network was accused of discriminating against a transgender woman. In response, Aidy negotiated with the nightclub network for a free venue to use for a fundraiser to benefit the trans community. This led to the Trany Pride Ball at the old Les Girls nightclub, which raised money for the first Trany Pride float in the Mardi Gras Parade. This helped build enough community support for the successful law reform achieved in 1996.

There aren’t many people as caring and intelligent as Aidy, and their passing is a devastating loss. But too, Aidy was part of many invigorating heady and sometimes terrifying adventures, memories to cherish, or to just wonder at how we survived them.